Everything you need to know about PGD

When undergoing the journey to become a parent, it is likely you’ll find out a lot about the challenges and opportunities open to the modern parent. For example, have you heard of genetic testing – and in particular Preimplantation Genetic Diagnosis (PGD)?
If not, read on.

PGD testing is an essential part of the current discussion around childbirth, and will likely play a crucial role in your understanding of the long road to come. You see, tools like PGD testing can be used for various reasons – among the most popular is to ensure baby will be free from genetic anomalies.

Mostly PGD is a process used to help check for potential genetic anomalies, or to look at the likelihood of hereditary or familial conditions carrying forth to the child. This is recommended for anyone with the potential for the above to be a problem. However, it’s also a process recommended for couples aged 38 or over, as the risk of both genetic anomalies and miscarriages become more prevalent at this stage.

Another reason PGD testing could be used is to perform gender selection. There are two reasons for gender selection: the process of family balancing, or preventing gender-linked genetic conditions which would otherwise be passed on to the baby.

What is Preimplantation Genetic Diagnosis?

As noted above, PGD is a method to determine whether there are any genetic anomalies on the embryos created via IVF treatment.

To begin with, normal IVF treatment would take place on the female wishing to undergo Preimplantation Genetic Diagnosis testing. Eggs are collected and fertilised with sperm using microinjection (ICSI). After fertilisation, genetic screening is performed on the embryos to transfer only the healthy embryos. This screening enables genetic testing of embryos and results in pregnancy without any genetic anomaly on the tested chromosomes.

Essentially, it would allow the parents to try and “cherry pick” problematic issues that could hurt their child later in life. From familial disorders to gender-specific disorders, the preimplantation genetic diagnosis has a reputation for being used to help overcome such obstacles.

Preimplantation Genetic Diagnosis can be applied to gender selection when there are inherited diseases related to the X chromosome, and when medical gender determination needs to be done.

This is why there is often a question of ethics on the topic. However, it’s important to note that PGD testing is often used to help those in precarious situations with regards to the birth conditions they might undergo.

How does Preimplantation Genetic Screening work?

Screening for several genetic disorders is performed before the transfer of healthy embryos to the female.

Thanks to Preimplantation Genetic Screening, genetic disorders like Down’s syndrome, Monosomy and Trisomy can be screened.

Chromosomes (13, 15, 16, 17, 18, 21, 22, X, Y) are checked in PGD-9 testing and with NGS or aCGH, the complete chromosome set can be screened. Since gender chromosomes are also screened, gender selection can also be performed on cases where some genetic anomalies can pass via the gender chromosome or if patients are looking for family balancing.

What are the methods used in Preimplantation Genetic Screening? We briefly though on the most popular methods used currently and in recent times. These include:

As such, it lacks the scope of newer techniques like NGS and aCGH.

However, for the purposes of gender selection, this method can be used.

Normally, aCGH would be a good choice as it can target particular sets of DNA so would make sense for looking at conditions you know you have. It’s very fast, it’s quite precise with much lower error rates in general, making it great for pinpointing exact genetic disorders.

However, it does struggle with finding some problems that would be important in gender selection, and it also cannot detect anything you aren’t directly searching for as prior knowledge is needed in the assay design.

NGS is another potent method and is used to help locate chromosomal abnormalities. By looking across millions of fragments parallel with one another, there is a much higher level of data generated than with older modules such as Sanger sequencing.

NGS allows for the screening of the complete chromosome set and is one of the latest technologies currently available.

If further reading is required, you can learn more about PGD testing in this article here.

Who would choose to use PGD treatment? Is testing ethical?

With PGD, it is also possible to detect numerical chromosome anomalies such as Monosomy or Trisomy, such as Down Syndrome & other Trisomies. Indeed, PGD testing could even be used for Single Gene Disorders, such as:

Based on the recent researches, the use of PGS/PGD testing enables to increase pregnancy success rates and live birth success rates due to the reason that transferred embryos don’t have any chromosomal abnormalities which also reduce the risk of miscarriage.

The accuracy (correctness of genetic testing) is 99.9 %, therefore the chance of missing a genetic anomaly after performing the test is very low.

If the possibility exists to overcome conditions that might have made conception difficult, then it makes sense for PGS/PGD to have the chance to increase success.

Advantages of PGD in Cyprus

Some of the benefits which can derive from taking part in Gender selection in Cyprus would include:

What is the typical PGD cost?

Normally, the cost of PGD treatment would start from €6,000.

With newer methods like NGS, there are additional costs per embryo tested. Other IVF treatments costs can be found here.

However, such costs may change and vary significantly depending on the circumstances you would undergo personally. The typical question, though, of how much does PGD cost, is that you would expect your fees to start at the above figure.

There are many other genetic tests that can be performed and as such the method and the cost should be discussed with the medical facility.

Why should I choose preimplantation genetic screening in Cyprus?

For many people, the choice of Cyprus makes perfect sense when they wish to take part in PGD testing. This is a very popular location in Europe for such experiences, as it offers a fine blend of affordability and outstanding care quality.

Just some of the reasons people choose Gender Selection in Cyprus are:

By using this service with Dunya IVF, you can avoid chromosomal issues and, potentially, genetic issues in your family.

This might help to ensure that your child to be born will get to avoid potential problems which would impact upon their quality of life from birth. If you want to discuss further the potential for preimplantation treatments, please let us know.

We will be more than happy to arrange a discussion with you on what options are available to you.

How many chromosomes are checked during PGD/PGS?

Even though it is possible to only check the XY chromosomes for PGD/PGS patients, 9 and 24 chromosome checks are offered for patents in need of a more detailed genetic anomaly testing of their embryos.

What are the chances of determining the correct gender?

What is the success rate of gender selection treatment?

The success rate varies from couple to couple based on their fertility and age. The success rates are similar to a normal IVF treatment and can be as high as 60%.

Dunya IVF’s team of experts will be happy to inform you regarding all fertility treatment options available, and recommend the optimal way forward for your specific circumstances. Contact us today and let us help you make the dream of parenthood a reality!
CONTACT US

A few words from happy parents

I had egg donation treatment at this clinic and the whole team was excellent. As soon as I applied, I had a patient coordinator answering all my questions even in the weekends! What was great was that we also had the chance to choose the gender of the embryos transferred! Great since my partner wanted a son! The value for money you get is incredible at Dunya IVF. Doctor Berk and all the team are wonderful. We had a great experience at this clinic and truly recommend it.
- Ashley Johnson
Cyprus Dunya IVF Clinic doesn't throw words around.. They have done everything they promised! You can trust them! There you can find a wonderful atmosphere, helpful and friendly staff. Also there is a good service and attitude towards patients, and smart doctors. I recommend it, you won't regret it! Of course in terms of achieving your goal (to have babies) an individual approach applies, as they are not God, but they will do their best and everything necessary to make happy all couples that dream to have babies! They made us happy and, thank God, we are 3 months pregnant now...:)))) Thank you so much to all employees of Cyprus Dunya IVF Clinic!!!
- Arek Kharlamov
After 15 years of soooo many treatments in 4 countries (Switzerland, Austria, Turkey, Cyprus) I am first time in my life pregnant. I am so happy and thankful that I found Dünya IVF before I gave up forever.
- Chaput Tanja Jäggi
Read more Stories

Keep up with the latest developments of IVF at our blog 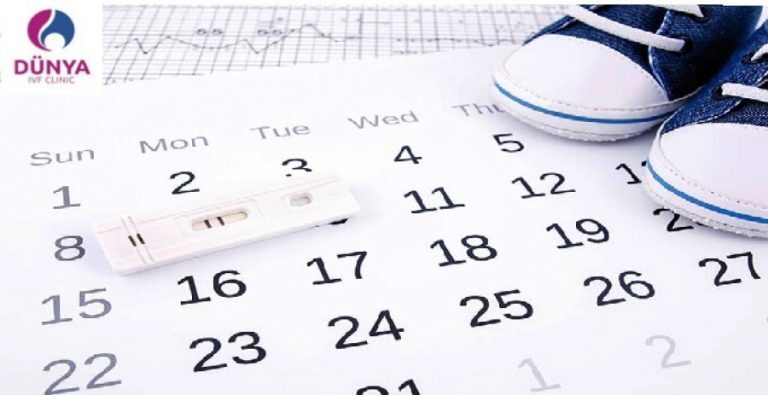 Gender Selection According to Chinese Calendar

Scientifically, gender formation of a baby in the uterus is explained via female XX chromosome and male XY chromosome.

What is Azoospermia and what are the treatment options?

Azoospermia is the case of observing no sperm following the examination of the semen sample.
Learn about male infertility. Read about surgical testicular sperm extraction methods like micro-TESE here.